Hello! My name is William Laney and I am a masters student at Cornell studying Electrical and Computer Engineering. This portfolio is designed to supplement my resume and show off some of the great projects I have gotten to work on in my career, at school, and in my free time. Since this portfolio is mostly visual it focuses on my hardware experience, but feel free to ask me about the software running behind the scenes.

My primary role at Carnegie Robotics was as a test engineer in the production area. I worked on developing automated production testing for the control unit of an autonomous floor scrubber. 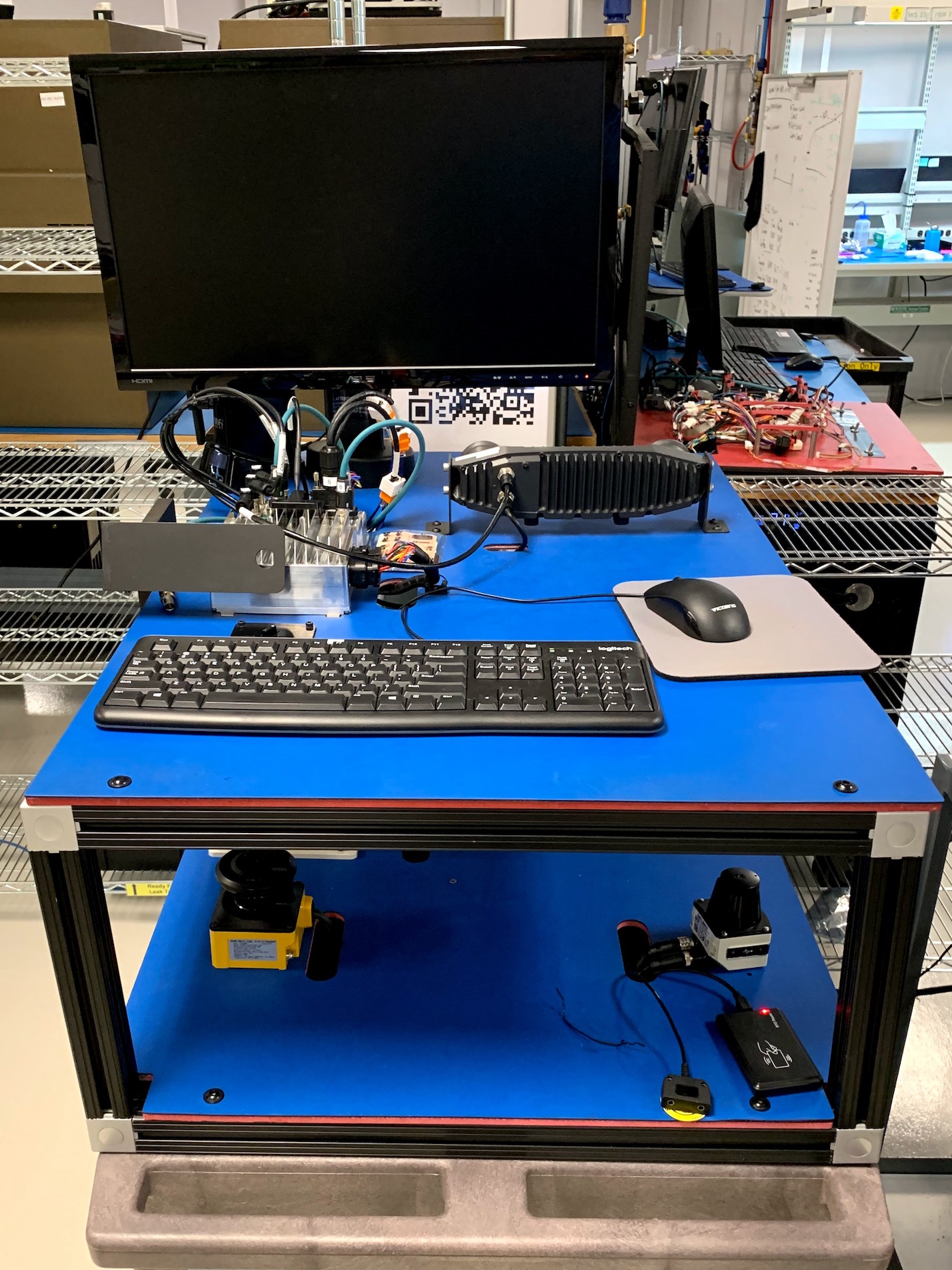 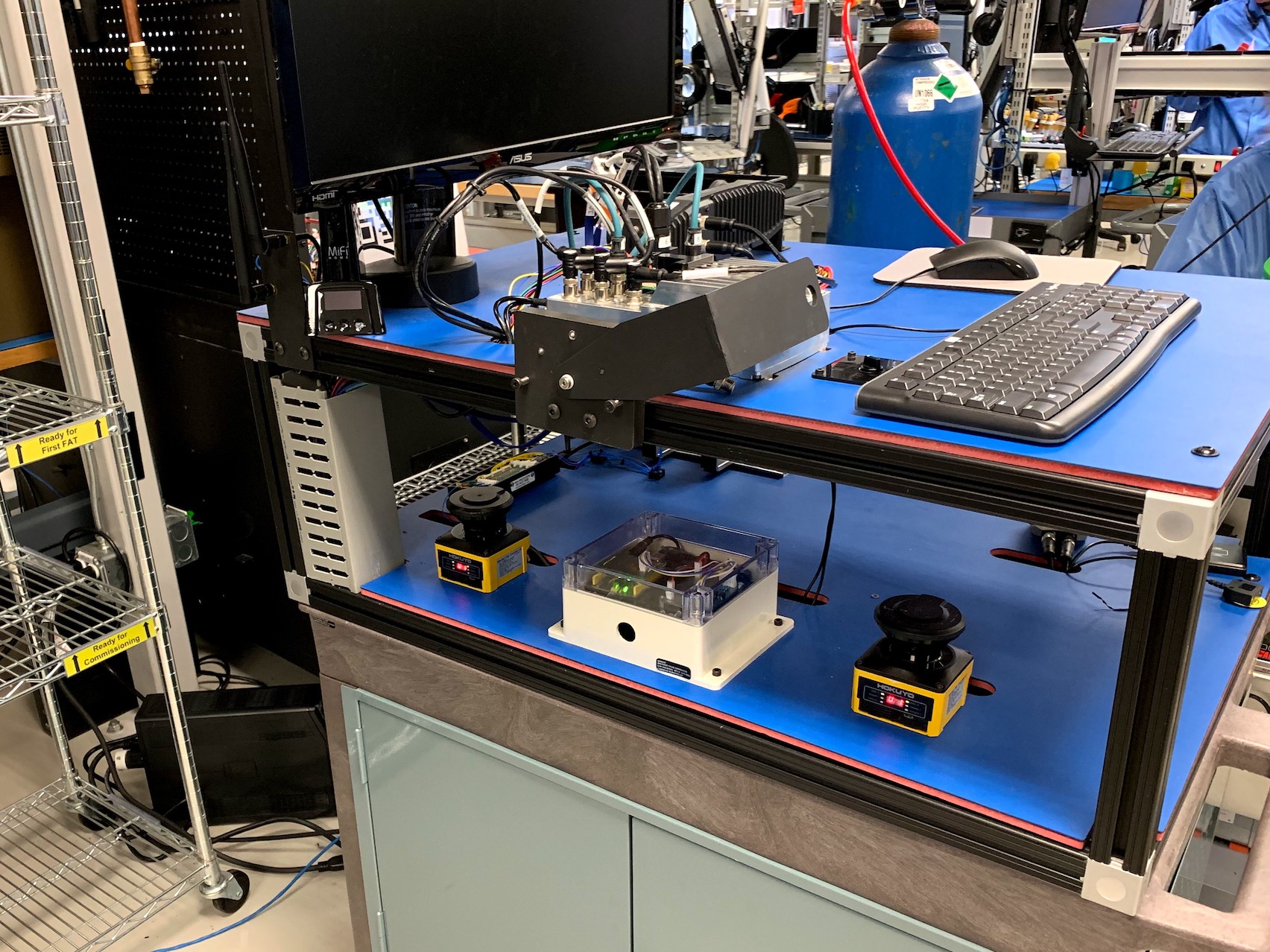 I also designed PCB level testers for the three main circuit boards inside the control unit. The PCB level testers required the creation of their own PCBs. I took the entire system through initial hardware selection and design to production deployment. I designed three PCB testers and combined them into a single board testing cart. The evolution of the testers can be seen below: 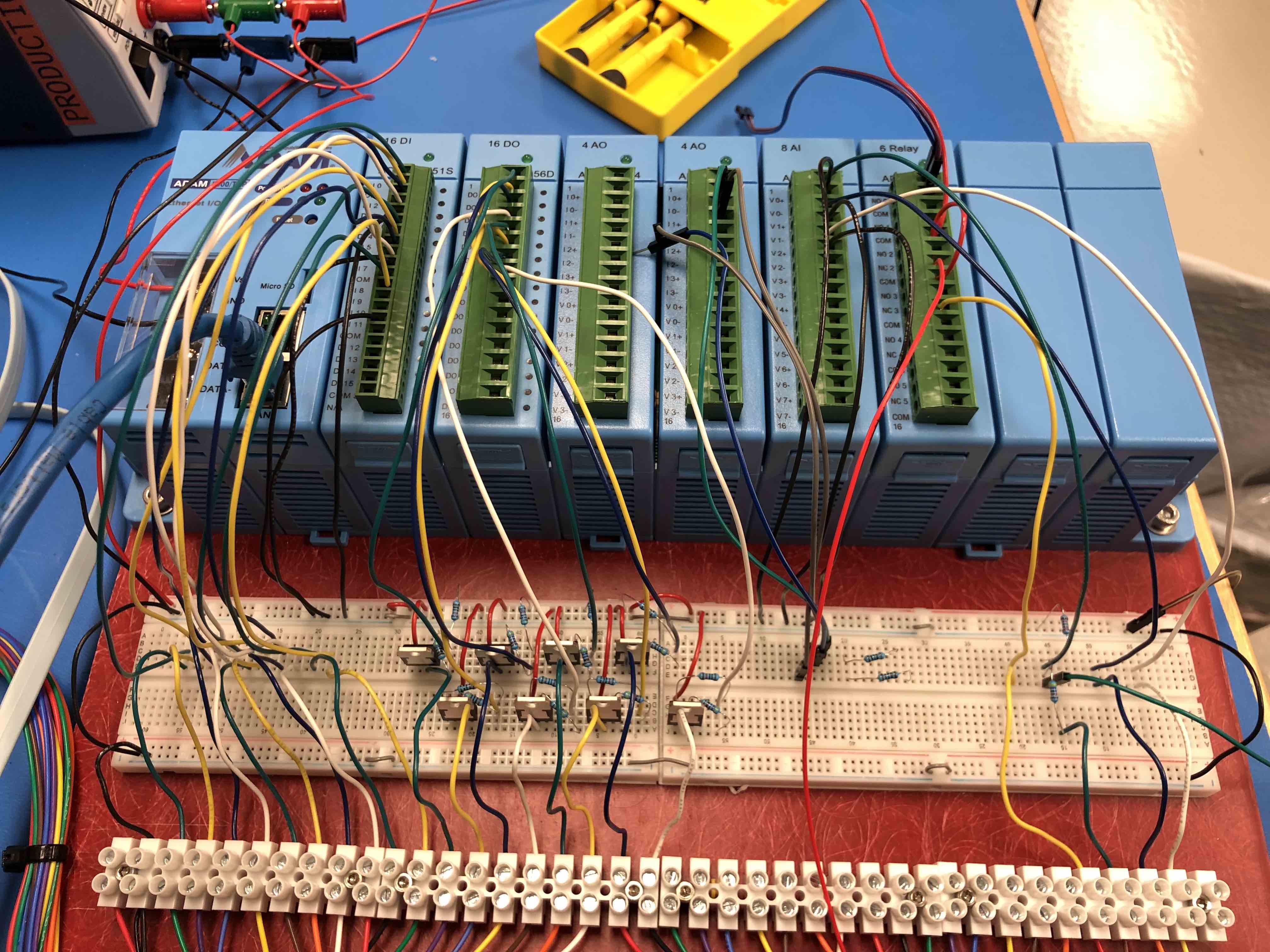 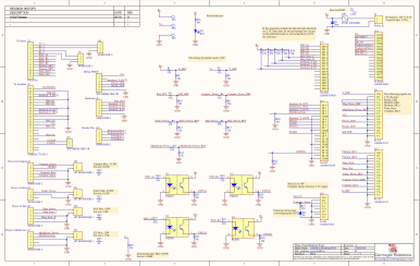 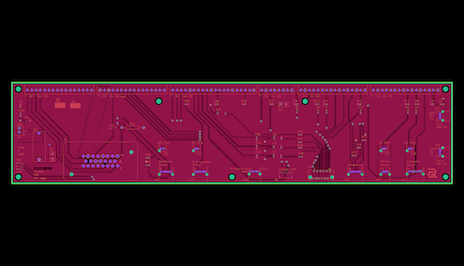 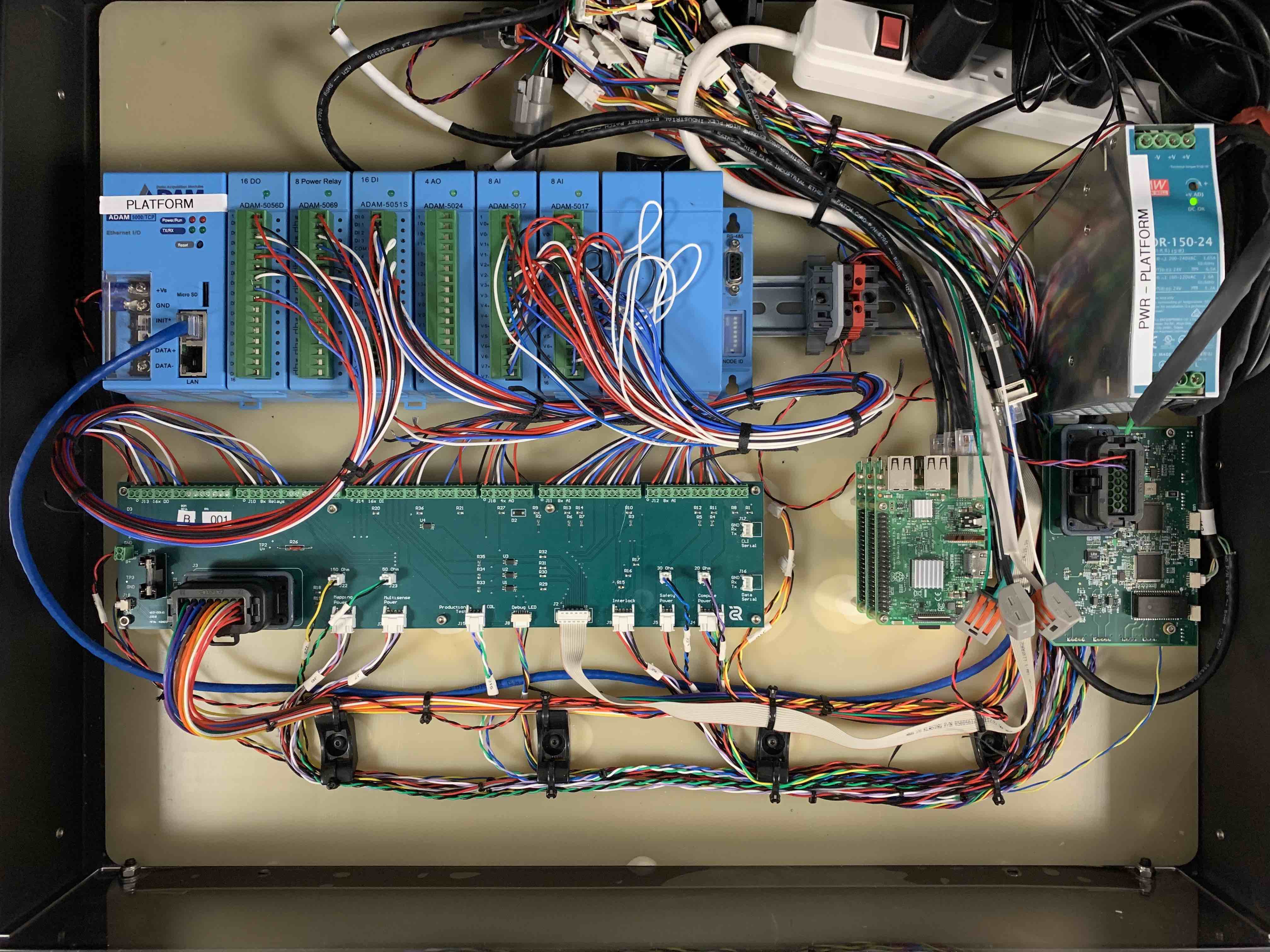 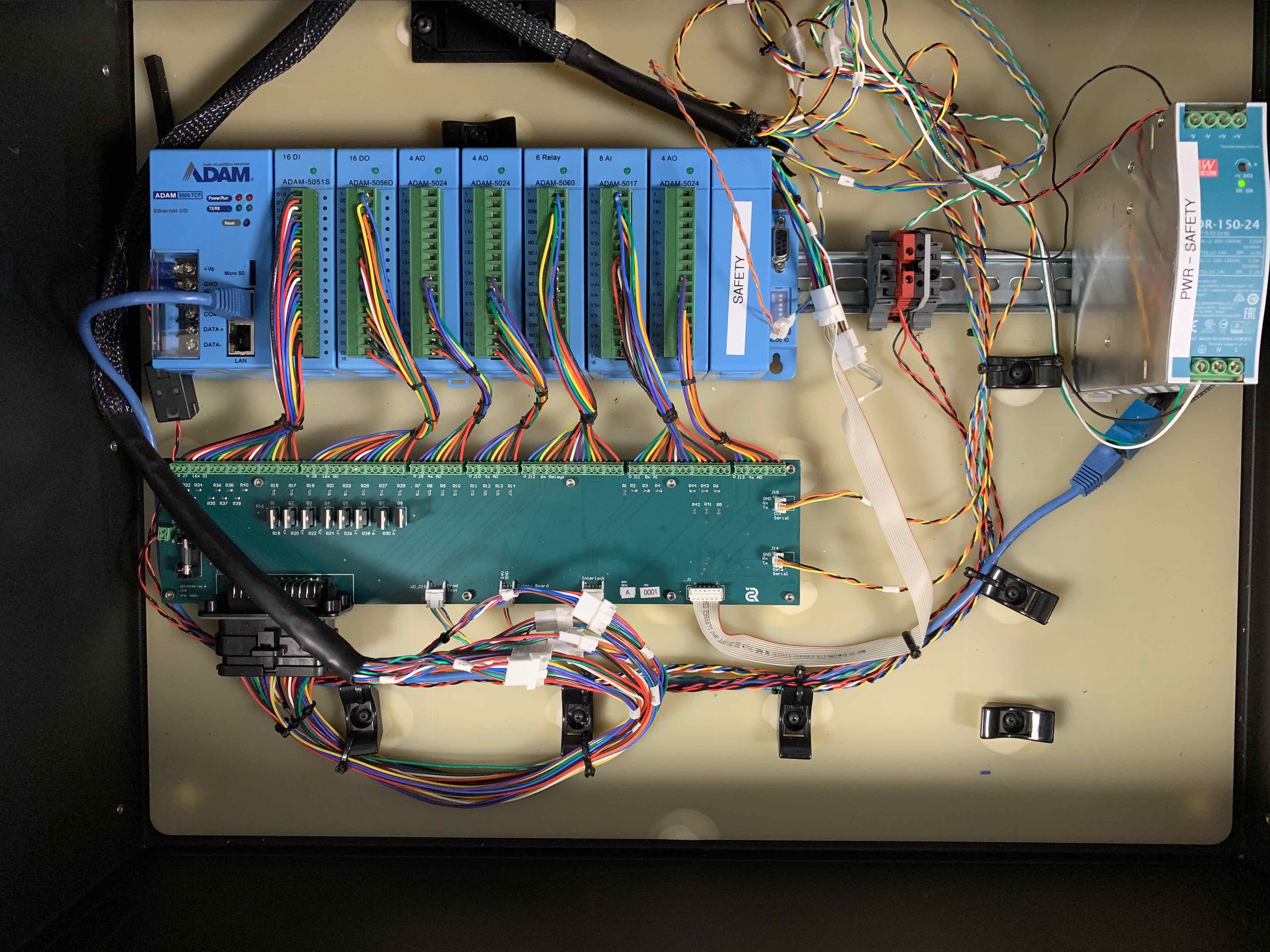 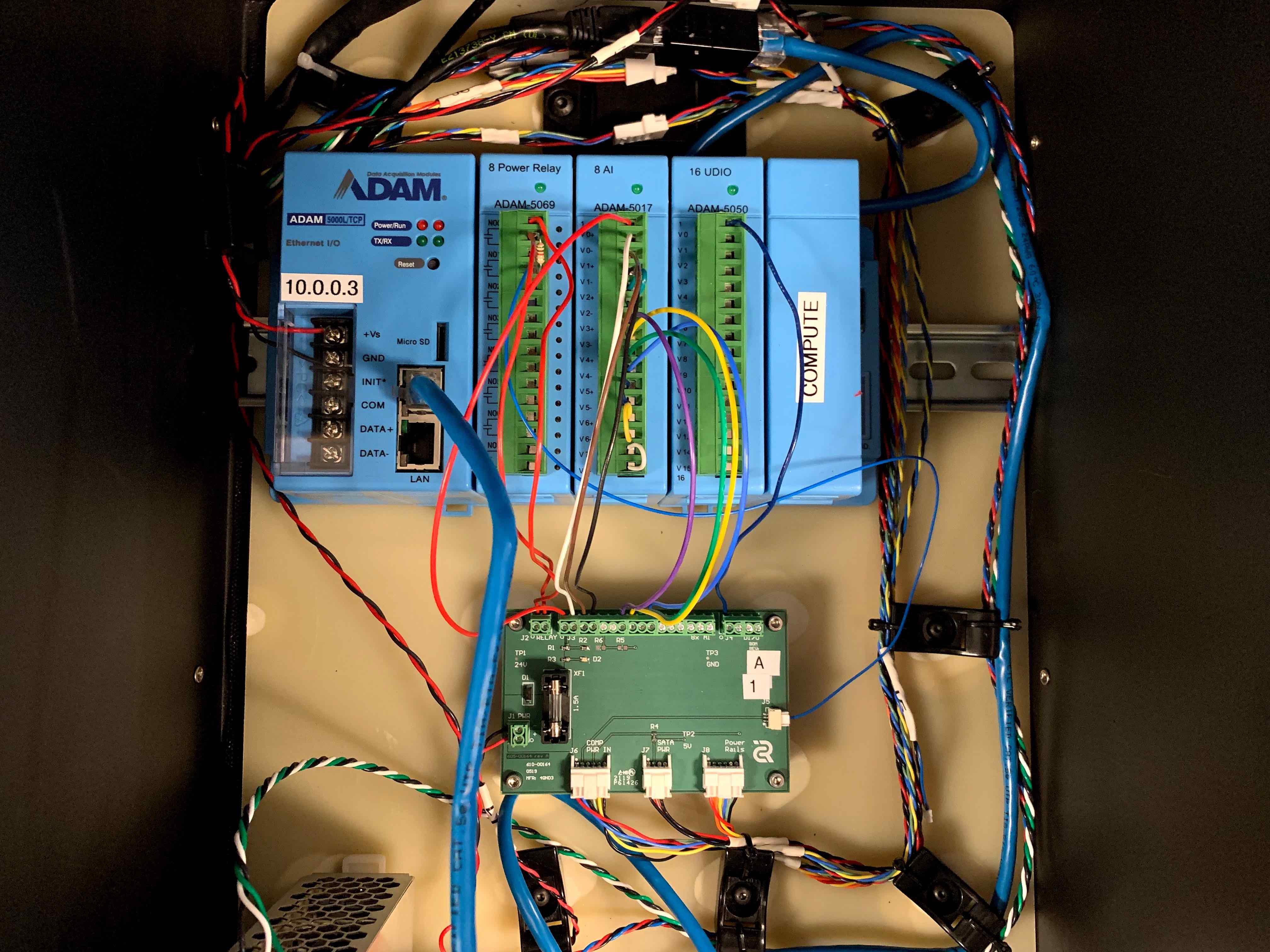 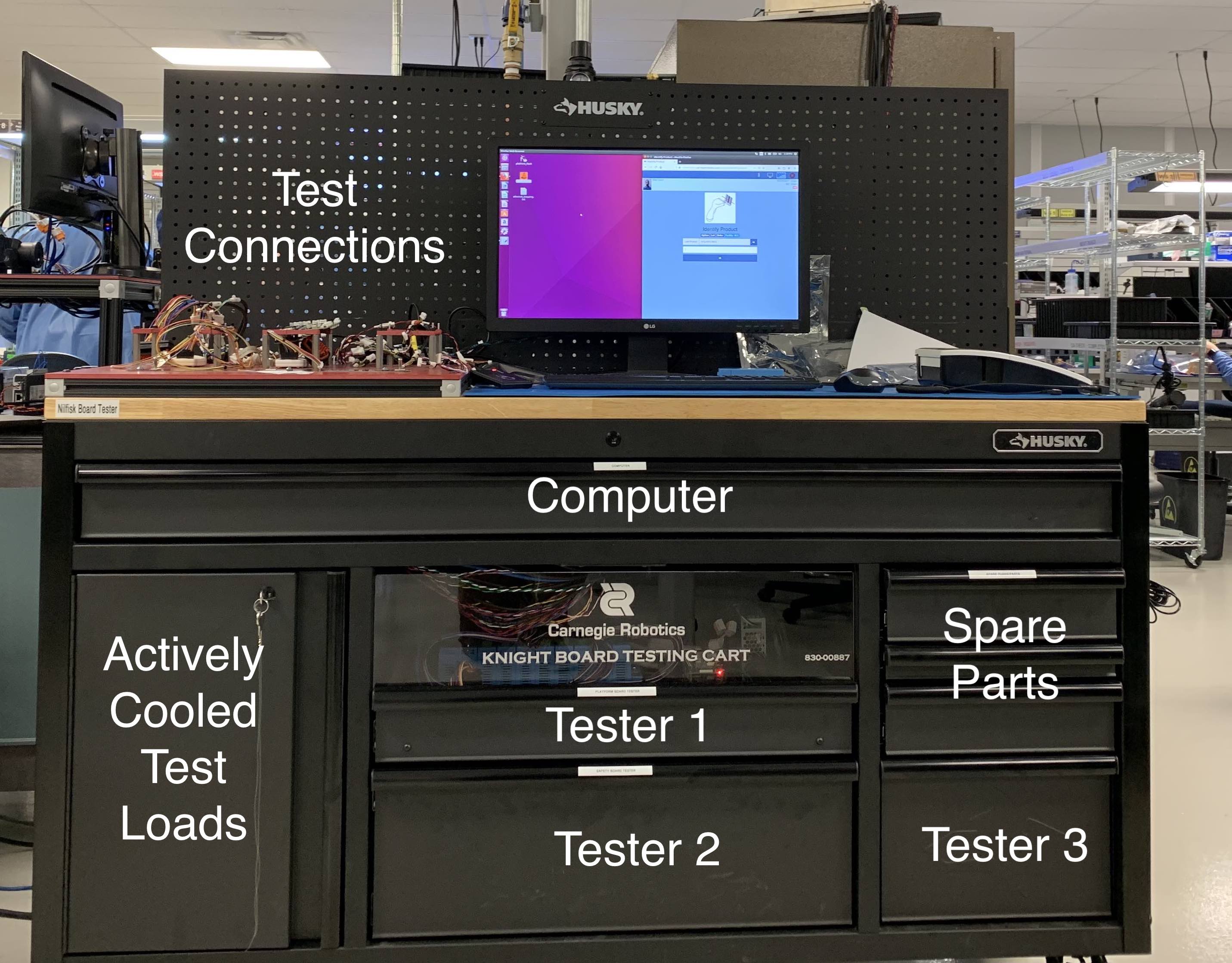 Finally, I wrote all the software necessary to run the tests. This included testing logic, interface code, data storage and reporting, and user interfaces for ease of use by the production technicians. 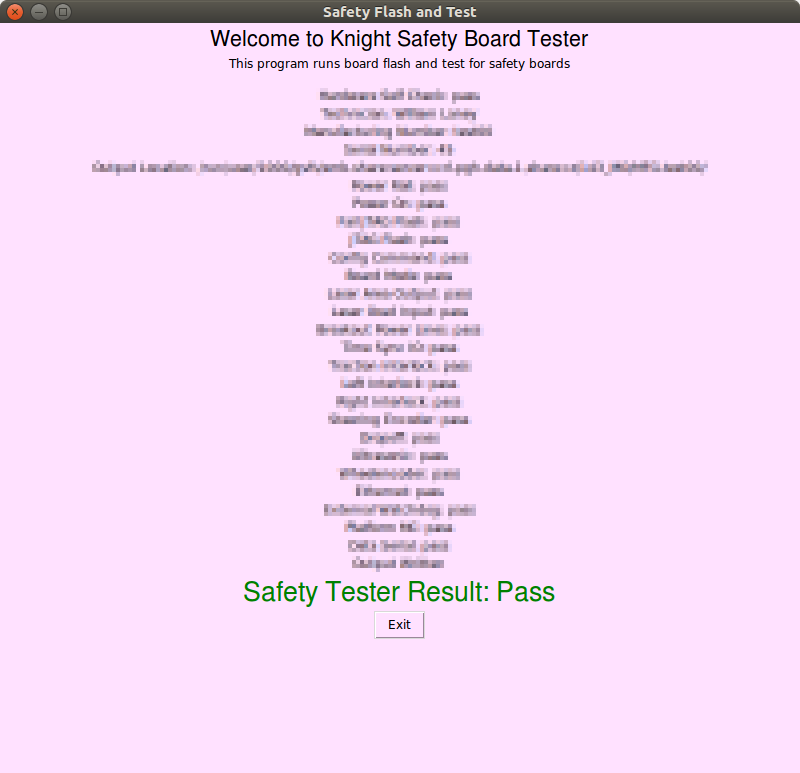 For my undergraduate research project at The College of William and Mary, I worked with the Virginia Institute of Marine Science (VIMS) to develop a sensor system for studying the behavior of sharks. The system was based around the Arduino microcontroller platform and was designed to record acceleration and gyroscope data from live animals for up to one week. A major goal of the project was to build a device that was cheaper and more customizable than those currently available on the market. 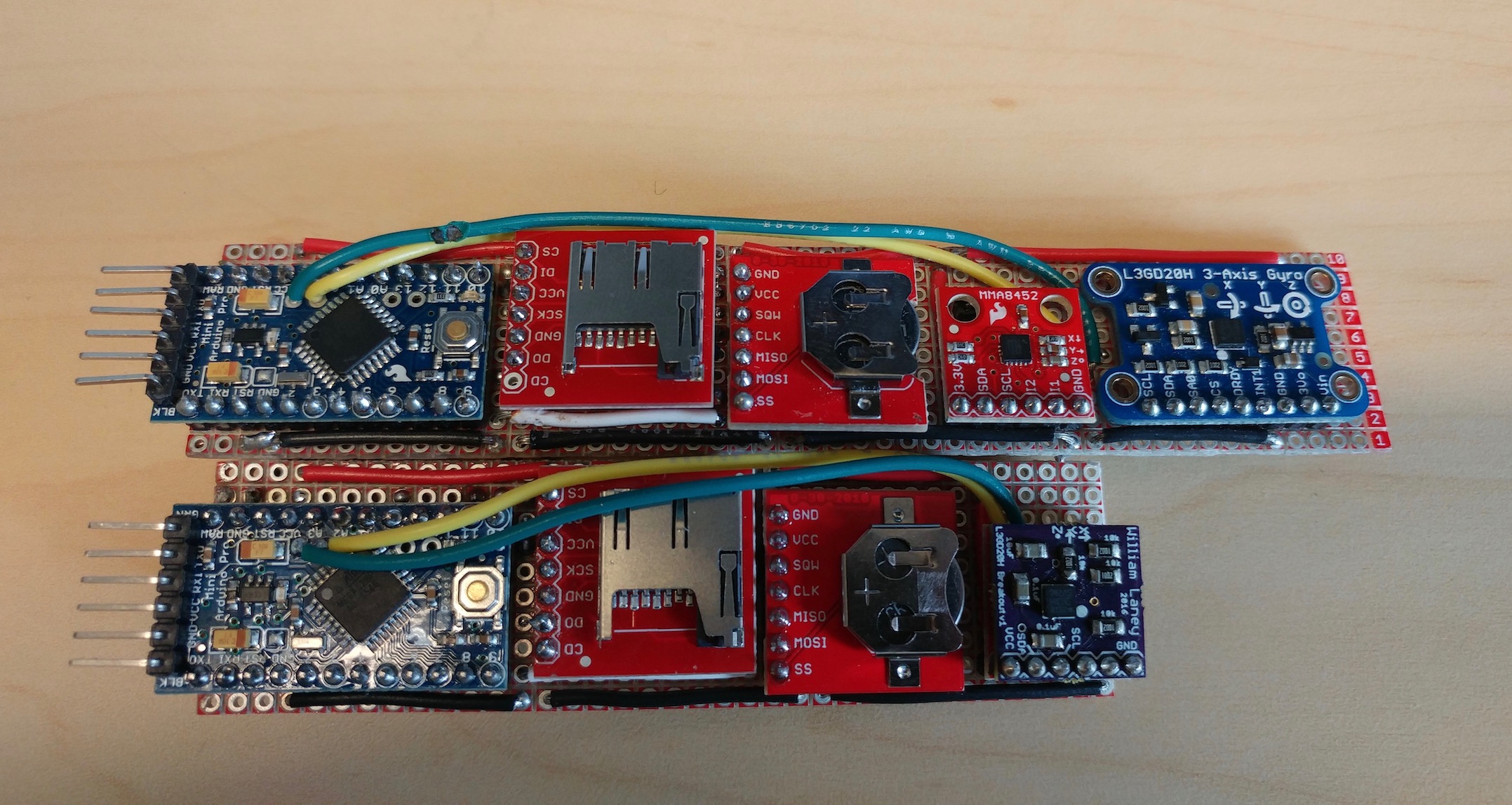 In the initial stages of the project I built prototype devices using primarily off-the-shelf components. I was also in charge of developing the software and data analysis tools. As the project matured, we expanded the team to have members who specialized in the different areas. At the time of my graduation the team had grown to six undergraduate students. I focused on the hardware and managed the project. 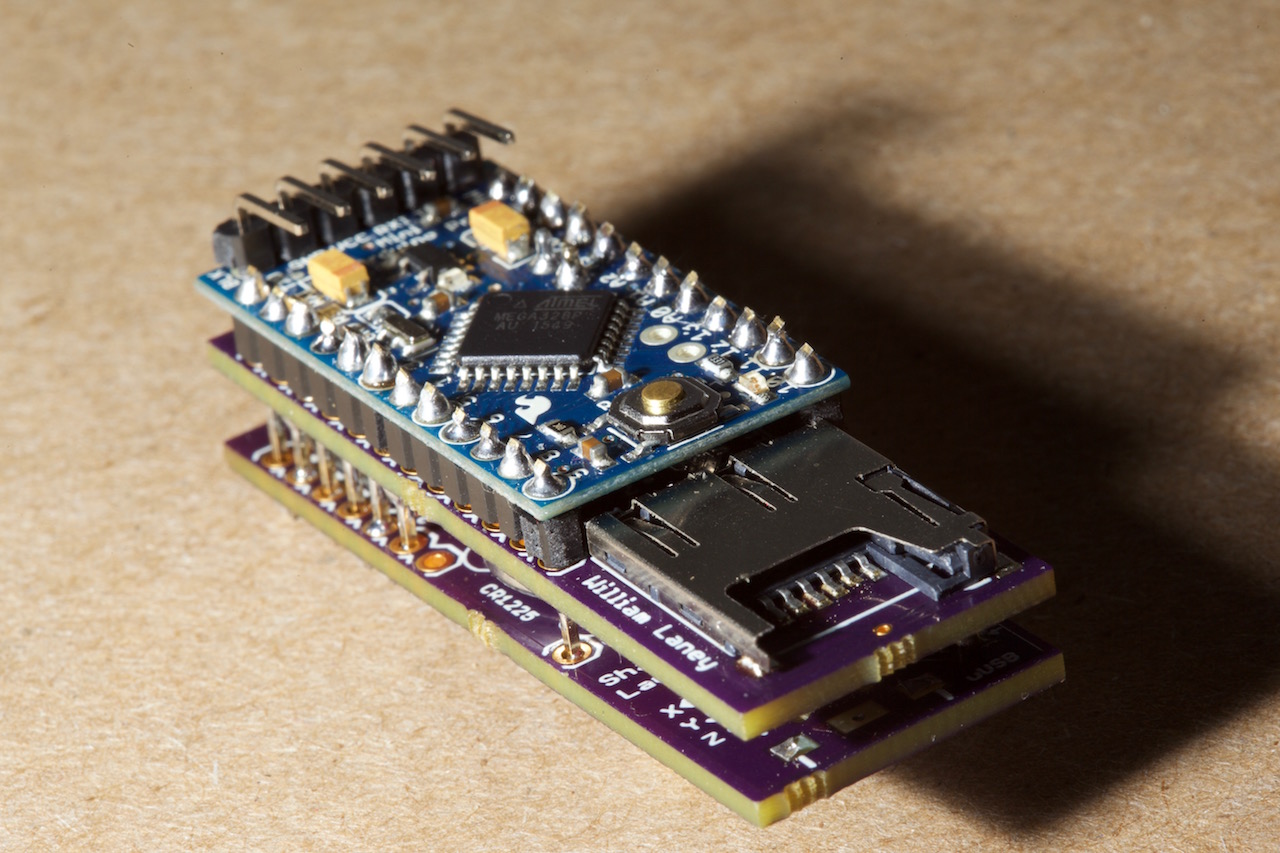 We went through multiple iterations of hardware design. The version one design can be seen above. It consisted of two custom PCBs and an Arduino Pro Mini stacked on top of each other . We deployed this design, along with some of the soldered breadboard prototypes, on live animals being held in captivity at the VIMS Eastern Shore Lab1. The image below shows a Sharkduino device attached to a Sandbar shark. The device is enclosed in heat shrink tubing for waterproofing.

These real world deployments showed us areas where we could improve the system, and led to a new iteration of the hardware design. The version two design featured a more compact form factor, a new gyroscope that reduced power consumption of the system by 50%, and a new and more physically secure microSD card slot. This updated design can be seen below (the microSD card is on the underside of the device). 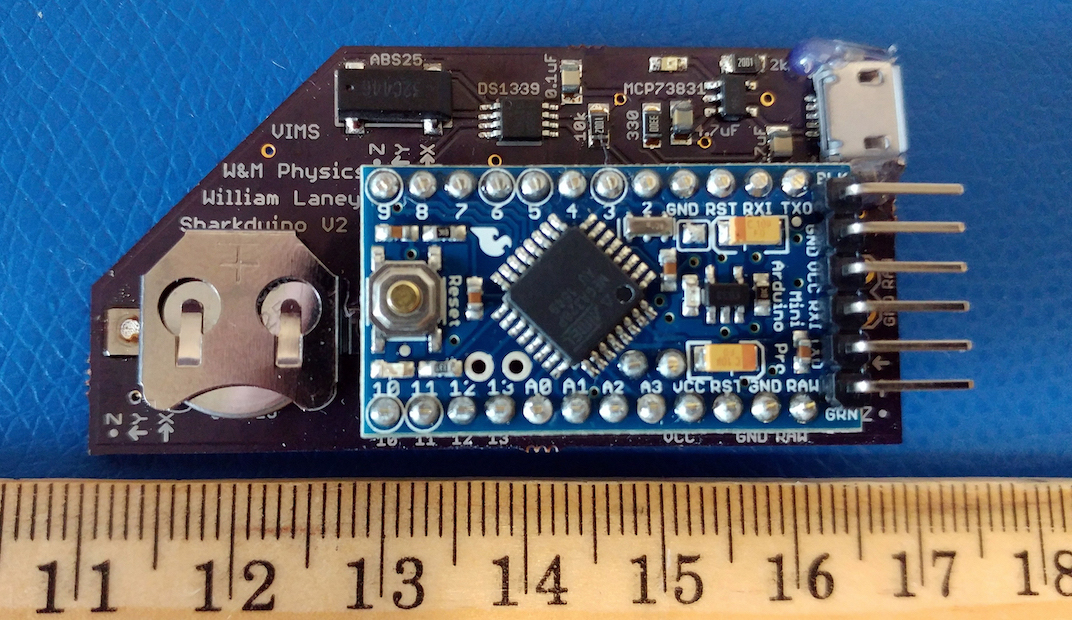 Throughout the course of the project I wrote and presented a great deal about it. Most of this material is online and is outlined below:

In addition to what I wrote, the project was written about in W&M News, and the National Science Foundation (NSF) featured a video about the project in Science360. Finally, I won the William and Mary Alumni Research Prize in Physics for my work on the project. This award is given each year to "the senior with the highest demonstrated achievement in physics research."

Aside from my career and academic work, I like to tinker with electronics. I will highlight a few of my projects here.

The first project is a semi-functional coffee can radar I built with two other engineers during the Carnegie Robotics Hackathon. This project was a blast, and I really enjoyed the hands-on RF engineering. I have a full write up on my website. 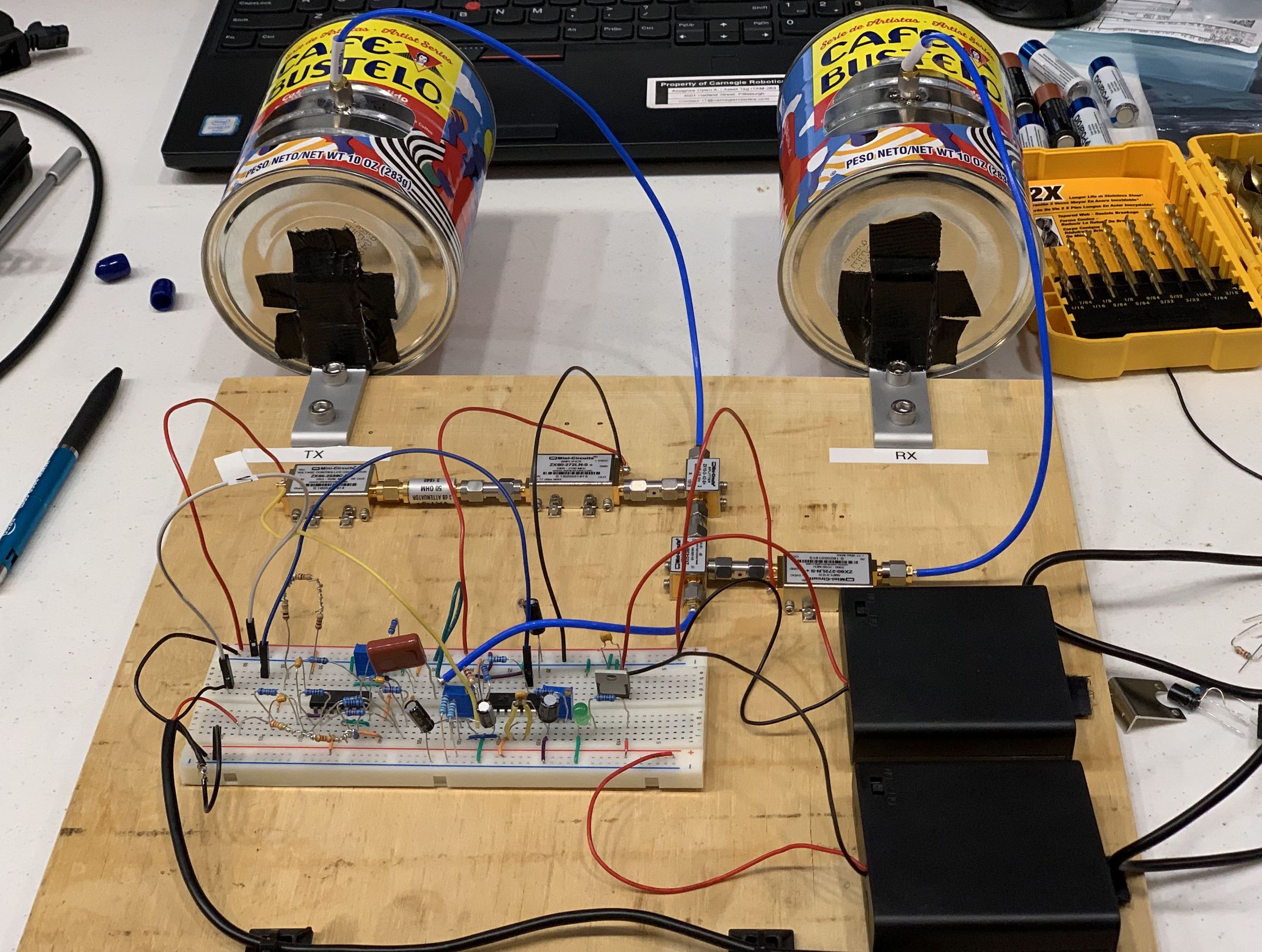 Another interesting hackathon project was my failed attempt to build a computer mouse that corrects for the effects of Parkinson's in real time. I worked on this during Cornell's 2019 Big Red Hacks, and the writeup is on devpost. 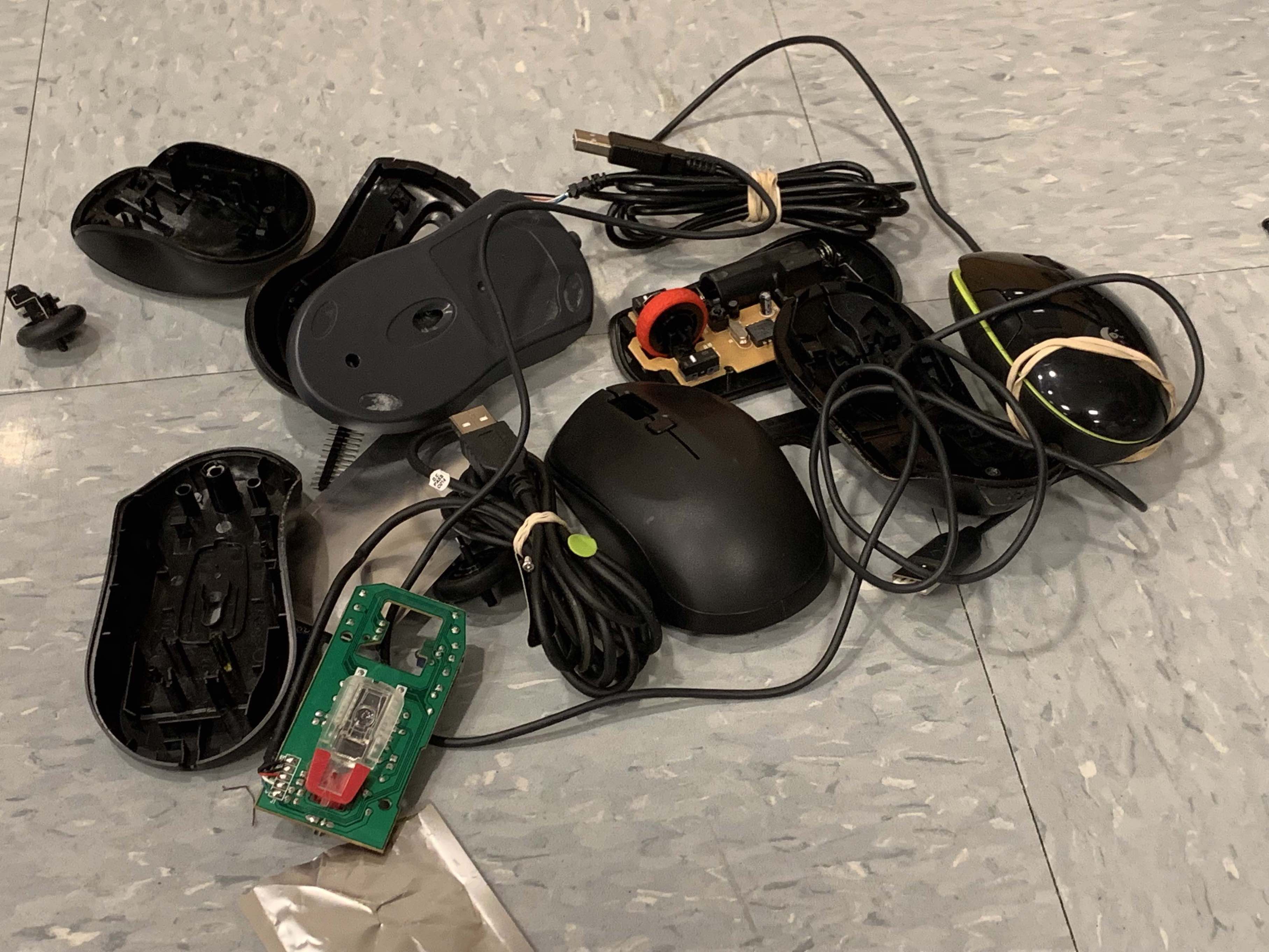 Finally, the picture below is of the crossover in my C-Note bookshelf speakers. I am including it here because it is the first true electronics project I remember working on. I was very much learning when I built it, but those speakers sound great and I still use them every day.